What do Bolt Thrower's "Those Once Loyal", Municipal Waste's Hazardous Mutation, Chris Rock's Born Suspect and Propagandhi's Potemkin City Limits have in common? Read on to find out the shocking similarity!

It's my favourite Bolt Thrower record, so that either says something about me, or something about how good it is. It's clean and well, but not over produced and all the songs are rad. When I'm standing around waiting for the bus I air guitar along with it. It's good headbanging death metal. If you know Bolt Thrower, it's what you'd expect from them. If you don't know their shit, I think it's a good place to start. Some killer driving riffs, some rad double kick parts, some totally unintelligible death metal vocals. Five stars. Sucks that it's on Metal Blade, cause they're one of the bad guys in the RIAA, and fuck giving those assholes money.

Nothing punk about this record. Straight thrash metal, some later 80's style crossover breakdowns, but those are metal, not punk. When I first heard the record I wasn't into it, but I think that's just cause I was bummed on them after the Verbal Abuse show. Listening to it now I'm totally stoked on it. There's one really really weak metal wail at the end of the record, but aside from that it's totally rad. I'm not sure but I think listening to this record requires following the instructions in the song "Mind Eraser": "14 shots plus beers as a chaser, follow it up with the mind eraser." I can't be sure on those lyrics cause I'm headbanging too much. Metal is awesome.

It's Chris Rock, and it's funny.

Continuing the trend of becoming more musically diverse, and shying away from the pop punk that they initially became famous for Propagandhi puts this out. It picks up where they left off with Todays Empires... Again offering a more diverse musical experience than most thought they were capable of after How To Clean Everything and Less Talk... More Rock, maybe it wasn't most it was just me, either way. There's lots of almost crossovery riffs in this tempered with awesome harmonies, both vocal and guitar wise. Awesome little guitar fills all over the place. Standard lyrical goodness and scathing well put political lyrics. I get chills consistantly when I listen to a few of the songs, even now after I've been listening to the record for a few months. Easily their best to date. 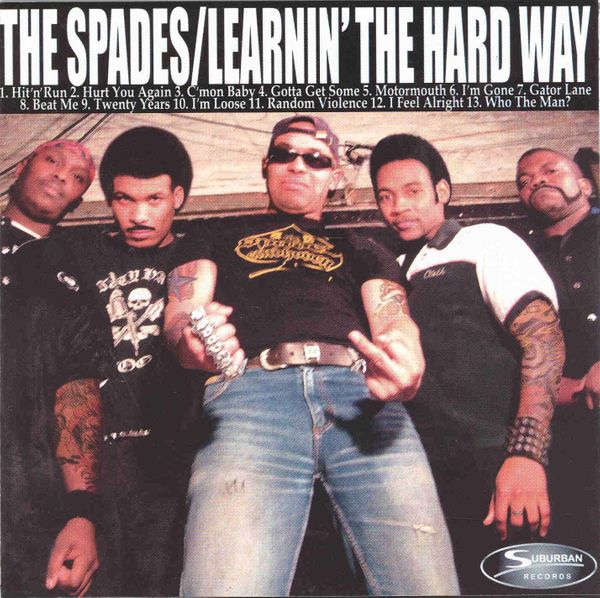 Wow... This album is fucking great. Holy shit it fucking rips. Take one part Candy Snatchers; throw in some Electric Frankenstein influenced vocals; jack up the tough factor by tossing

Holy Shit! Billy Fucking Idol! I'm writing this because I've been in this super gothy mood for the last week and Daniel from Dead Metaphor finally called me out on it. I was planning on writing a big Damned review to make up for