I'm calling this a review, but really it's not. This is just me talking about how happy this record makes me for some reason. I don't know if it's the fact that the first song is called "Scorin' Dope From Bikers" and the way the dude says "Shit my pants" in it or what. He even says that more than once. You don't need to say you shit your pants more than once.

It's Confederacy Of Scum stuff (ANTiSEEN, Cocknoose, Rancid Vat and the like) tough southern dude singing, crunchy guitar, simple lyrics. It's great. I laugh every time the song comes on, and then listen to it like five times in a row. It's not that good, it's just that awesome. The only bad thing about this song is that it doesn't have a solo in it like the one in their version of "State Control" by Discharge. If it had that kind of solo it would be the best song ever written. No shit. The second song, "Mexico Pizza," is a kinda honkytonkypunky song about how fuckin' hick he is. It's pretty ok.

As soon as he says "Mercy" it's all over. That pushes this song to a different level. The song is summed up by the last two words perfectly: "Texas motherfucker!" Simply amazing. The second side starts out with "Watchout" which makes me think of something off Earth AD by the Misfits, it's just got that evil thing to it.

The final song is so far beyond anything that has ever been created I felt the need to give it's own paragraph.

It's a Discharge cover. First off, I HATE Discharge. I hate them so much I felt the need to write it on the back of my vest. The only reason I like the original version of this song is because it makes me think of this version of the song. The song starts out pretty par for the course. Basic Dischargey whatever. It's nothing spectacular as you exit the second chorus, and then the magic happens. The magic lays in the solo which is so far beyond anything ever created that I'm curious as to why Buzzcrusher isn't idolised by the universe.

This is sheer fucking genius. The utter perfection that is layed down in the middle of an otherwise boring song blows my fucking mind. I could go on for days about how amazing the solo is and you still wouldn't get it. There are probably about 10,000 notes played in the 14 seconds the solo lasts and they attack you with such musicality that I'm forced to use made up words like 'musicality' to describe them. It has to be heard to be believed, and even then it will take a couple listens. 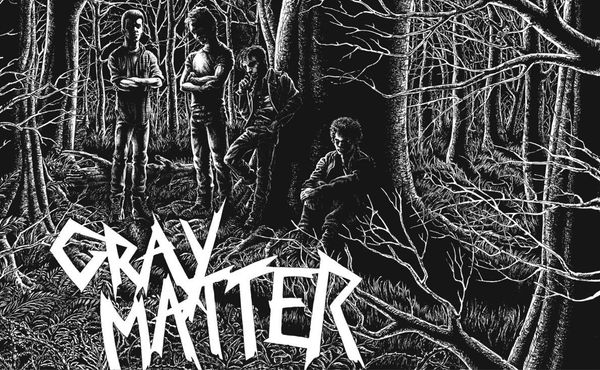 Detonators - Emergency Broadcast System/Yer Child's War 7" Kinda Stretch Marks-y. Guitar sounds kinda Jerry's Kids crunchy, vocals are what makes me think Stretch Marks. They're on the "All For One...And One For All" comp. From San Francisco, this came out in